In an old house in Paris that’s covered with vines 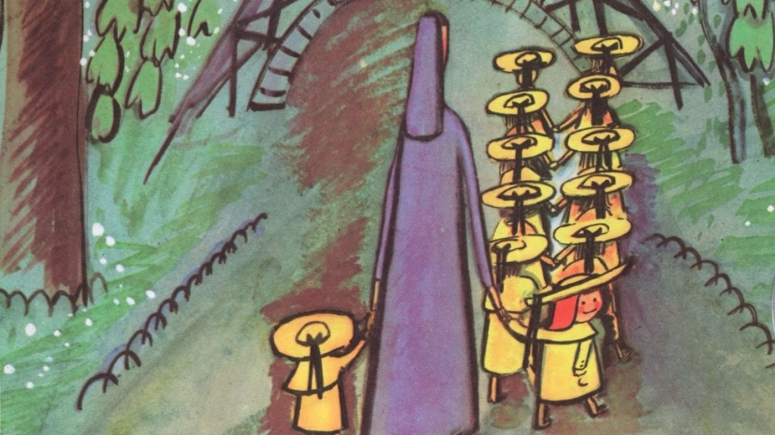 When I think of Madeline,  I think of my sister. All three of us loved the Madeline books, cartoons, and dolls, but most of our Madeline books and dolls belonged officially to my middle sister. I was 7 years old during her Madeline phase. She was 5. And she also happened to be in the hospital. She had a brain tumor, two surgeries, and spent over a year in the children’s hospital. She’s now a happy, healthy adult.

Being that I was 7, my memories of that time are trivial, and as I’ve grown older, I’ve gained more and more insight into the gravity of the things that happened then. Being diagnosed with a chronic pain condition as an adult has also given some of those memories new meaning – like Madeline. Because now I feel more deeply connected to Madeline, and I wonder if the people giving my sister Madeline dolls and books did so with these same thoughts in mind.

Madeline is, on the surface, a series of stories about an impish girl who, as the stand-out scrappy runt of an orphanage run by a fretting nun, gets into heartwarming shinanigans in gay old Paris. But there’s a bit more there.

The Madeline book that I remember most vividly and that, I believe, is the most famous, is one in which Madeline has appendicitis. Miss Clavel, the nun, wakes in the night because “something is not right” and instead of finding Madeline making her usual trouble she finds her in bed with a burning fever. Madeline is rushed to the ER and undergoes emergency surgery.

Everything turns out alright. And Madeline is thrilled by the whole thing. The iconic moment from that story is when she proudly shows off her scar. 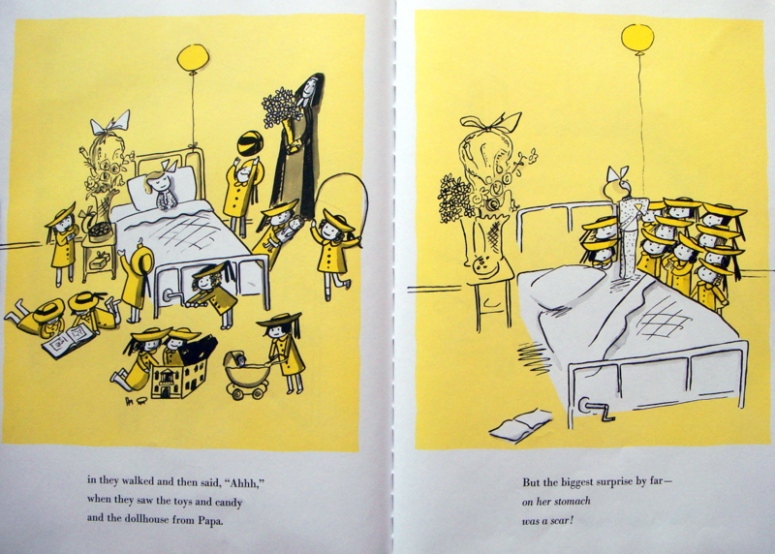 And that stuck with me because that’s exactly what my experience with my sister was. Her room was full of the most wonderful toys and snacks and very interesting hospital things, and across her head was a scar, just like a headband would be across her head. I honestly don’t know how she felt about it– if she was self-conscious or if perhaps Madeline helped her feel proud of it. I thought it was cool. I didn’t have very interesting thoughts. I was told repeatedly not to touch it so I spent most of my time thinking about touching it.

Sister of the year right here. 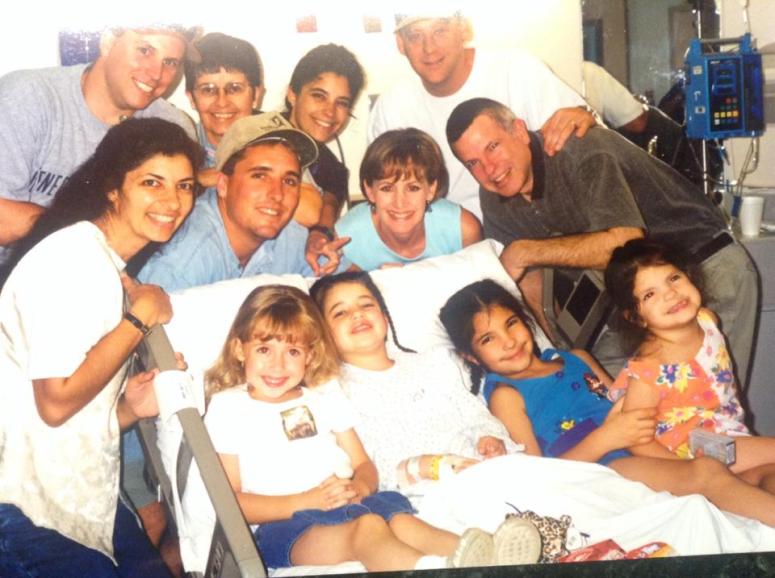 So that’s probably why Madeline books are a good present for kids in the hospital. I don’t know. But what’s really interesting to me now is the Madeline dolls my sister had. 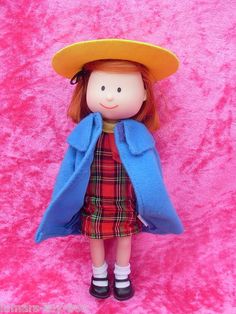 Pretty run-of-the-mill dolls. Some stood on the shelf, others were floppy rag-dolls for cuddling. But they all had something in common. 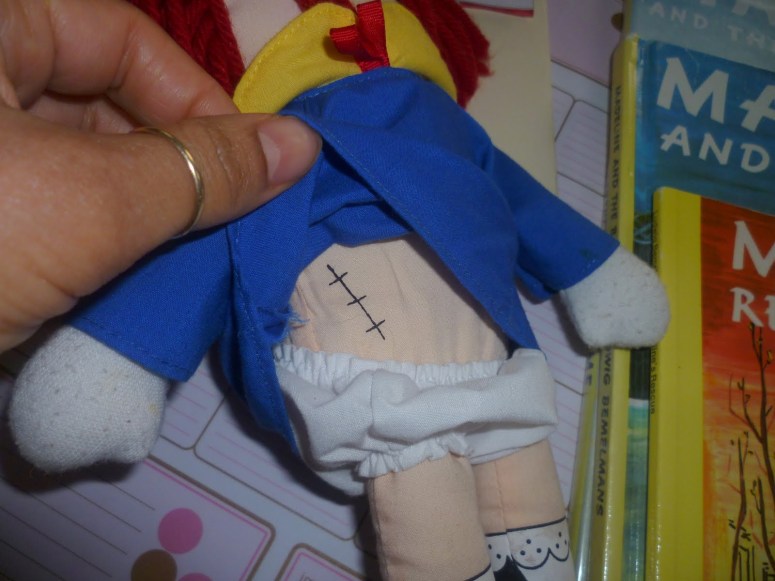 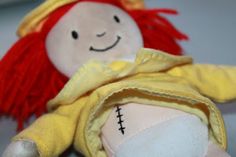 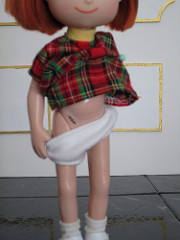 And dolls get such a bad rep for promoting unrealistic standards of beauty. And now we have these companies working hard to make more “realistic” dolls to teach better values. But twenty-odd years ago, Madeline was waaaay ahead of you. 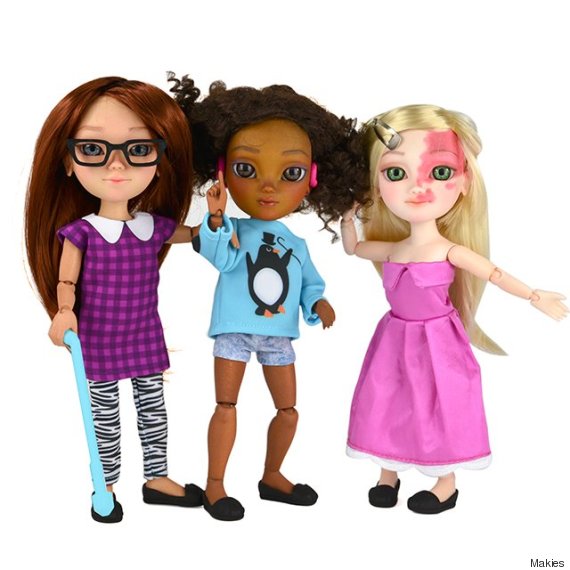 Every time we saw a Madeline doll, we pulled up her dress to point out her scar. Was that an intentional outcome that the adults in our lives hoped for when they gave us Madeline? Maybe. Probably. I don’t know.

But now I’m all grown up, and I’ve got three scars on my tummy. And sometimes when I look at them, I think of Madeline.

When we’re kids and we get hurt or sick, we’re so freaking excited to tell people about it. We show off our band-aids, we tell the exciting story, we make you sign our cast, we brag about getting shots or taking medicine. Why? Probably because grown-ups are constantly praising us through any medical adventure. The doctor gives you stickers and lollipops for a reason. Your parents coo to you that you’re so brave and so good. A team of doctors and nurses work tirelessly over you while your main job is to sit still, and you’re the one who gets told “good job!”

Illness is universal. Everyone winds up on a medical adventure at some point. But the older you get, the more autonomous you want to be. Illness is like crying: it’s private. But humans evolved to cry when they need help, and keeping it behind closed doors is completely counter-intuitive. Same with illness. Illness should be something people come together over. You need praise and encouragement and pride to get through it. 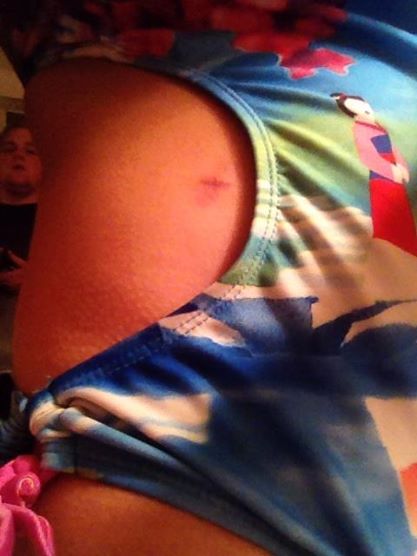 I should be wearing my bikini and pointing at my stomach proudly, saying “look at me! Look what I did! I was very brave and good! You’ll never believe what happened!” When you’re drugged up at the hospital, you get that child-like pride back. You never really see shy drugged-up people do you? Without inhibitions, most people recovering from a severe injury or illness act like it’s an exciting story to share. And it is!

Why do you think Madeline is so popular?

If, for any reason, there’s ever dolls made of me, I hope they all have scars. Madeline is doing a lot of good out there. I never felt like dolls were shaping my view of beauty and self worth… but 7-year-old me would be quick to tell you that her Madeline doll has a scar, and it’s really really cool. 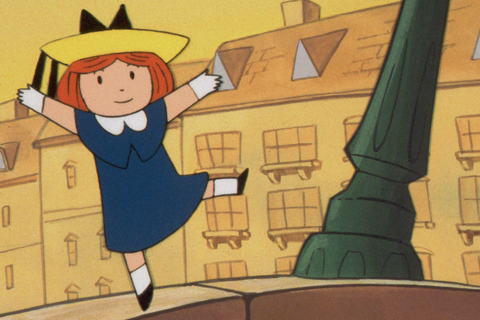 And that had to be good for my sister.

And it has to be good for me now.

2 thoughts on “Madeline and Childlike Pride Amid Illness”