This is Part 2 of our Doctor Debacle. You can read part 1 here.

So when last we spoke, I told you our doctor requested a second meeting to talk about our birth plan. You know, after he actually took a look at the thing. I was not optimistic, but it went even worse than I thought it would.

Here’s an assortment of gems from our discussion: 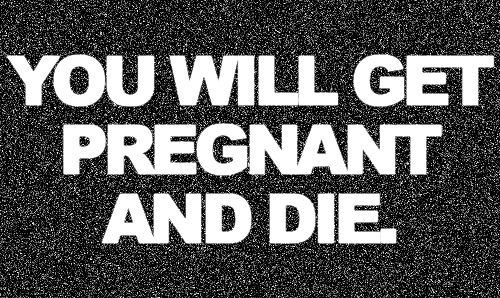 “‘Informed consent’ is a legal term – that’s a very combative term to use.”

In response to us saying “We welcome your advice.” – “What I’m giving is not advice. I’m telling you what I’m going to do.”

“No one uses the shower while in labor.” – Then why does every labor room have one…?

“It makes no sense not to use continuous fetal monitoring. You wouldn’t put your newborn in the other room with no monitors right? So how can you want me to not monitor it?” – 1. We never said no monitoring. We said we’d like intermittent monitoring, which in most hospitals means 15 min every hour. That’s a lot of monitoring and we’ve done our research on it. 2. Ok, by your logic no one’s monitoring the baby at all for the full nine months, how is that ok? Is it because I’M monitoring them? We trust my monitoring skills for nine months but not one day of labor?

“Go to a birth center for your second baby, but if you go there with your first they’ll die or worse, they’ll end up in a wheelchair all their life!” – so far my research on if the first baby is somehow riskier than subsequent babies has turned up literally nothing.

“IUI babies are high risk. We have to induce on your due date.” – this one almost makes sense. Research does show a slight increase in risks associated with IUI babies – but that’s because IUI increases the odds of twins or more (which I don’t have) and IUI babies are usually born to older mothers (and I’m 25). So…no. Not so much. 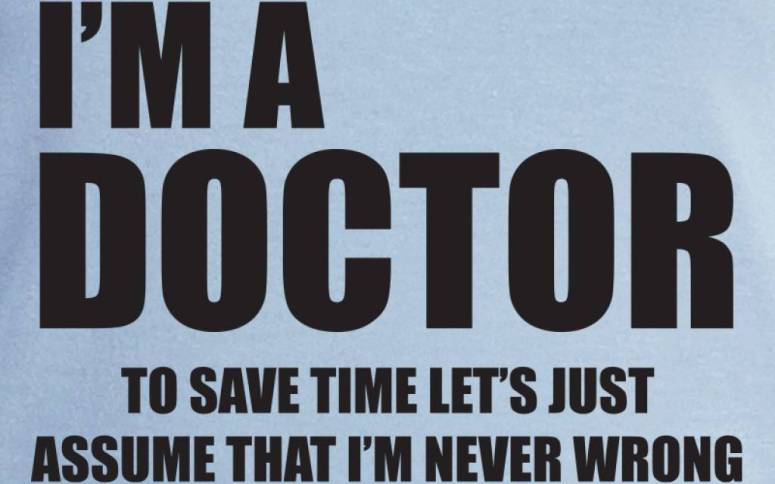 “Letting the epidural wear off before pushing was what we did in the 80’s, there’s no reason to do it anymore.” – except when I’ve said that I’d only get an epidural to rest in the event of a long labor, and when it’s time to push I want to be able to feel and move again so I can use different positions.

“You can’t ask me to not do an episiotomy.” Actually that is completely within my legal rights and most doctors don’t even do them anymore. Could he explain to me why he still did routine episiotomies? See next quote… 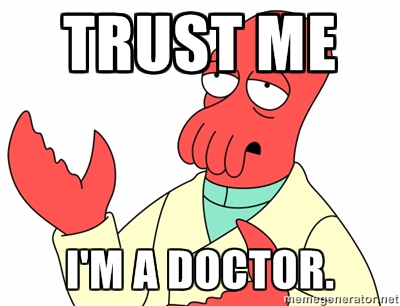 “Almost every mom has hemorrhaging after labor, so we give routine pitocin to everyone after the baby’s born.” – I’m kind of concerned that all your patients hemorrhage. That does not seem to be the norm elsewhere.

“As far as not giving you a catheter after delivery…” – he then proceeds to show me graphic photos of catheters in hugely swollen vaginas – to the point where I’m not even sure what I’m looking at. Now, I’m glad to look at pictures and learn more about what’s going to be happening. But upon doing my own image searches of post-delivery swelling, the photos I found looked nothing like that. Clearly what he was showing me was some kind of complication – but he didn’t say that. He was using these photos as scare tactics with no information on what I was looking at or under what circumstances this could happen. I agree – if my vagina looked like the photo he showed me, I’d need a catheter. But I have no idea what would cause that, how common it is, or what the treatment options for it are. It would still be uninformed consent – sorry, I know I’m not supposed to mention legal terms or my legal rights. I’m so bad at ignoring those.

So my doctor was suddenly being the evil, fear-mongering doctor that natural birth documentaries paint pictures of and I never believed really existed. Normally, I could just be kind of pissed off and move on. But this was sad because I like this guy. He’s been my doctor for almost 10 years. Through my surgeries he’s had a great bedside manner, and I’ve trusted him with my life basically. He’s always taken good care of my endometriosis. But this time I’m not sick, and rather than being a passive object while being repaired, I want to be involved in this exciting physical event. That is simply not how he’s looking at it.

An active patient that wants options is seen as a threat. 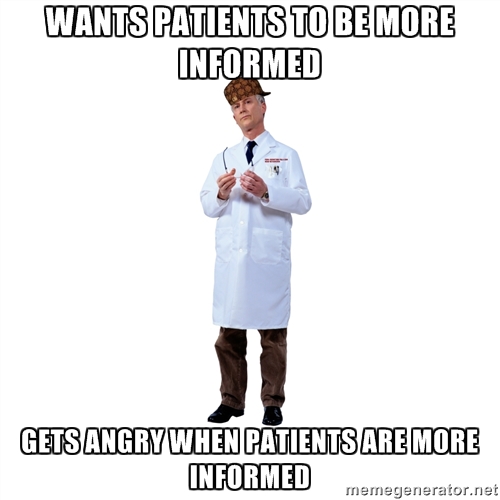 It’s just really hard to do the right thing and walk away from a friend. In the end, I have to put me and baby first. Will having a medicalized birth somehow ruin my child? No. But it would be sad to miss an opportunity to have birth be a good memory, to grow closer to my husband and child, and to experience a healthy body doing normal things for once. It’s climbing a mountain because it’s there.

And really, no matter what’s going on, you have choices. A doctor can’t tell you that you don’t have choices. Now I wish I had done more research and been more active about endometriosis and PCOS – who knows what choices I had? I hate to look back on those costly, painful surgeries and think that maybe my doctor kept other options from me. I wish I just hated him. It would be much easier to self advocate for my inalienable right to know my options for care if I was up against an out-and-out villain.

But I’ve spent almost 10 years believing he was a really good doctor.

At 37 weeks, I’ve gone through the arduous process of transferring care to a birth center and midwife. I’ll write a whole post about that process later. But it’s just really lucky that I didn’t go into labor during all that mess. I’ve felt guilty and sad every step of the way – and my doctor definitely helped those feelings along with more gems like “You really should have brought this up at like, 20 weeks.” Well, at like 10 weeks I told you I wanted a natural birth and you said “Ok. Most moms say that now. We’ll talk more later because most first time moms change their mind at some point. No second time moms come in here asking for a natural birth. You’ll change your mind.” 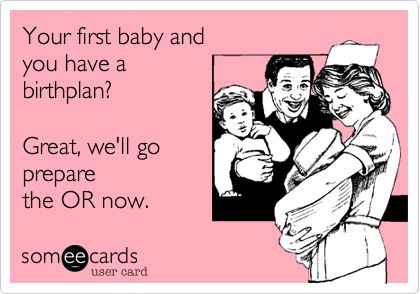 Shoulda been a red flag I guess. But at the time, I was 10 weeks pregnant and still just beginning to learn my options. I also would have never thought my doctor would flat out refuse my wishes as long as they were reasonable. From the sound of the comments I’ve received, you all seem to agree that nothing I’ve asked for was insane.

But my legal rights and reasonableness don’t make me feel any better about the situation. I know I did the right thing, but it was hard and felt terrible and has left me with no one to care for me if endo comes back post-partum. I have no primary care doctor– really, I have no doctor period. Now what?

Focus on the baby. Only 19 days left now. After that, I’ll figure out my medical future.