Happy Halloween everyone! Halloween is one of my favorite holidays, so of course my first baby shower ever was a Halloween costume party!

It’s a holiday so who wants to read? No one. So here’s a bunch of pictures of my awesome friends in their awesome costumes! 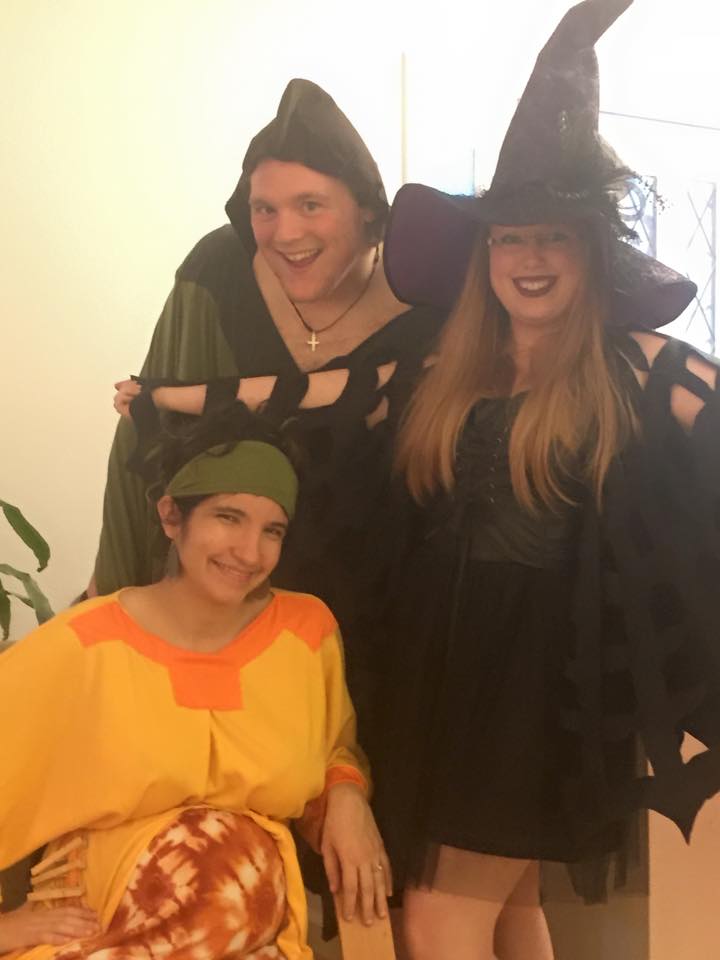 Toby and I went as Pacha and Chicha from the Emperor’s New Groove again, this time with a MUCH bigger baby bump. And our Witch friend made her costume – amazing spider web sleeves and all!

We happened to have not one, but TWO Snow Whites!

And guys, my Dad dressed up. MY DAD. DRESSED UP. He rarely did that when we were kids, much less now that we’re all grown ups. I’ve been telling him to make Marshall (the dog) Krypto (THE SUPER DOG) forever because JUST LOOK AT HIM. And Dad actually did it! Krypto and Clark Kent!

And my Mom and sister had a Star Wars thing goin on. Can we all just appreciate that this is my Mother’s actual hair? Yeah. She’s amazing. 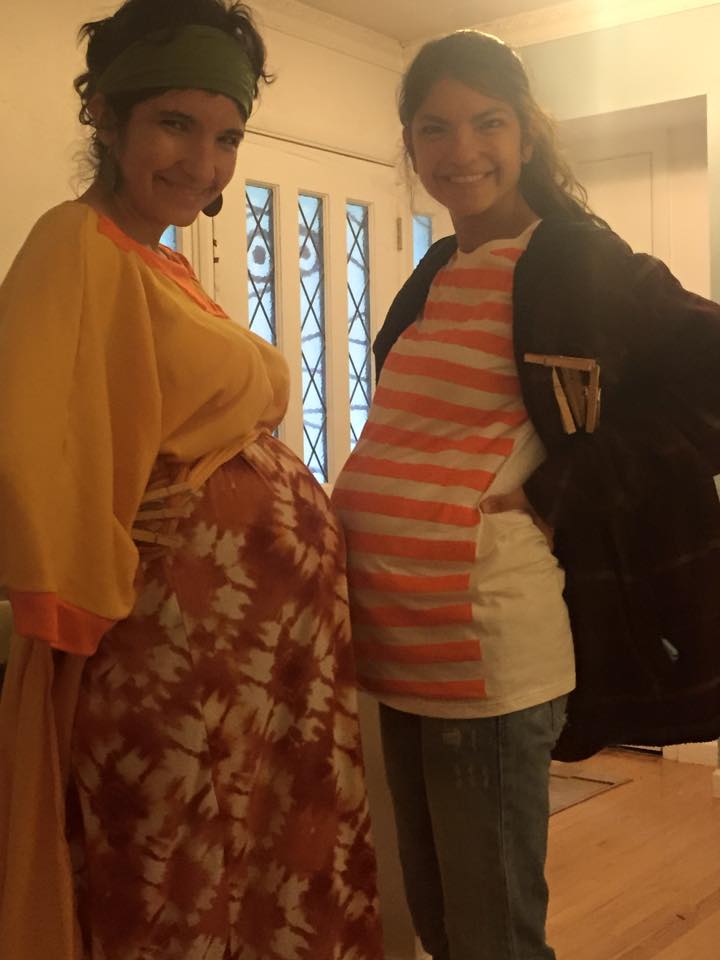 My baby sister won for scariest costume. She went as Juno, but everyone thought she was preggers for realsies and there were a few really funny fake outs. 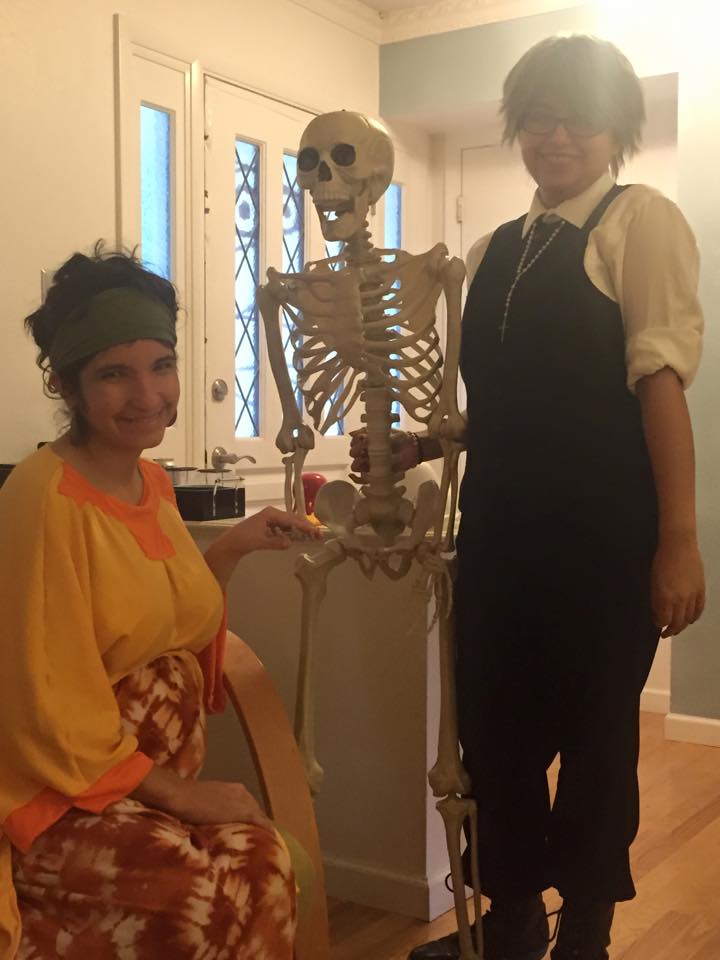 This is my beautiful, wonderful friend Skelatino. And his date. 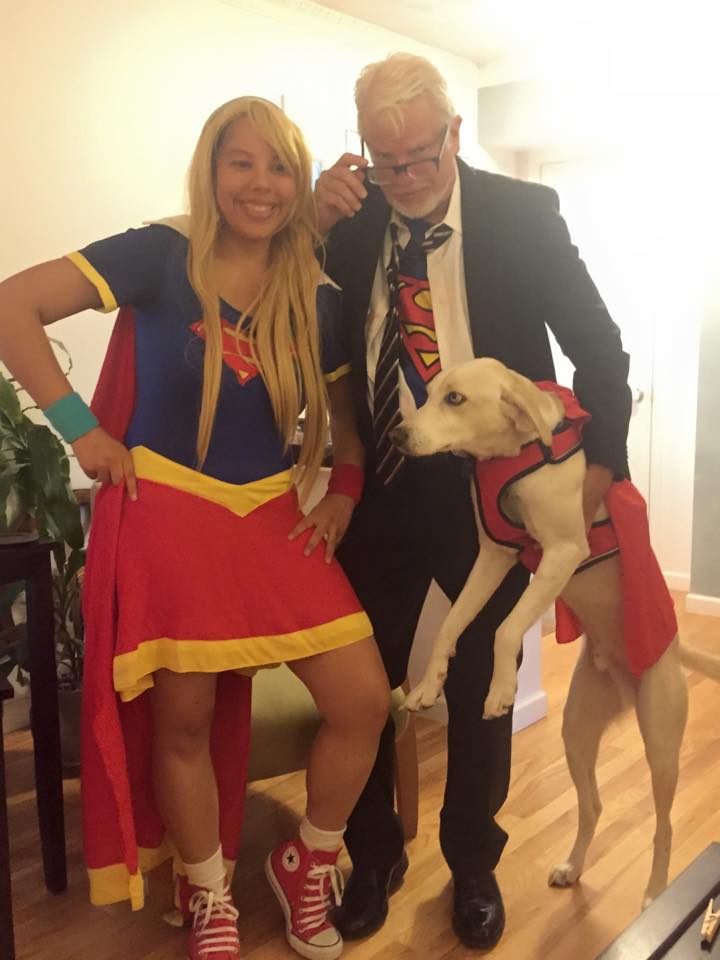 My co-hosting bff happened to come as Super Girl, so we had a happy accidental Super Group.

Here’s my whole fam all together, even Joe the Brown Dog, who fears everyone and everything.

Kylo Ren was there on the cutting edge of things, and his lovely wife came as a House Elf. She’s pregnant, too, and said she chose this costume mainly because she could fit into it. I appreciate that sentiment. 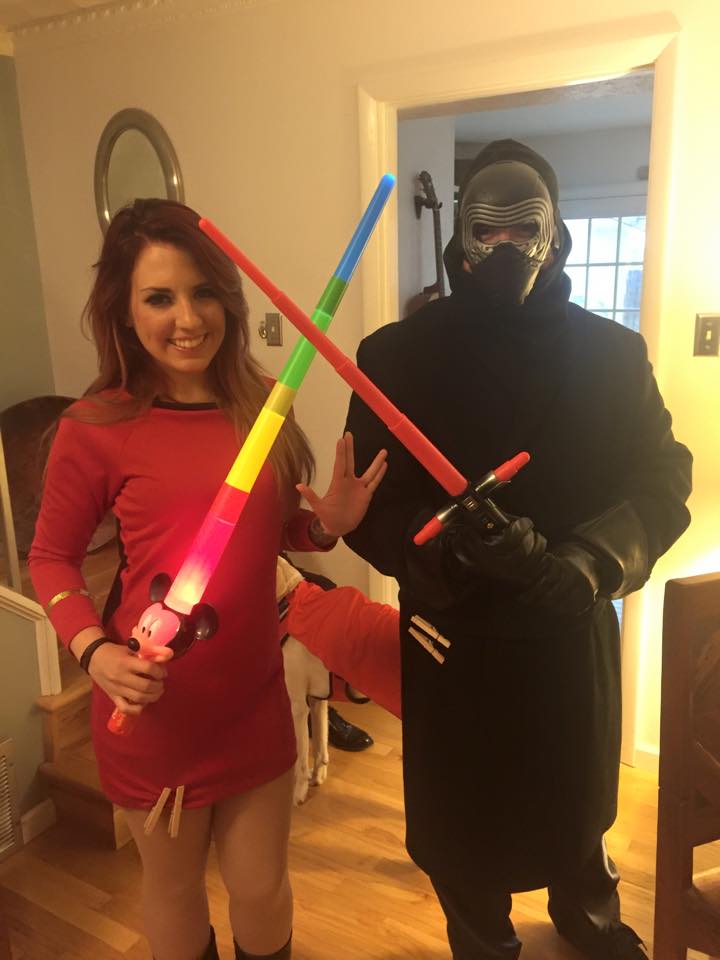 We finally revealed the Disneyland character’s gender guesses (coming to the blog soon!) and the one who guessed the most correctly was our Red Shirt Trekkie friend. Ironically, she won a rainbow mickey mouse disneyland lightsaber. And of course we had to pose her with Kylo. 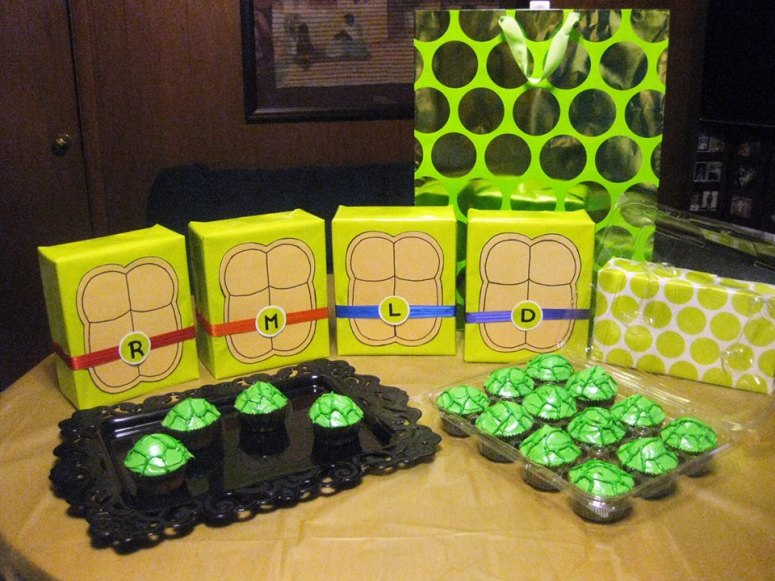 Then this, this right here, is my gift from my Witch friend. FIVE PRESENTS in TMNT theme AND cupcakes that look like turtle shells and have a secret color inside – red, orange, blue, or purple of course. And she was just a guess! 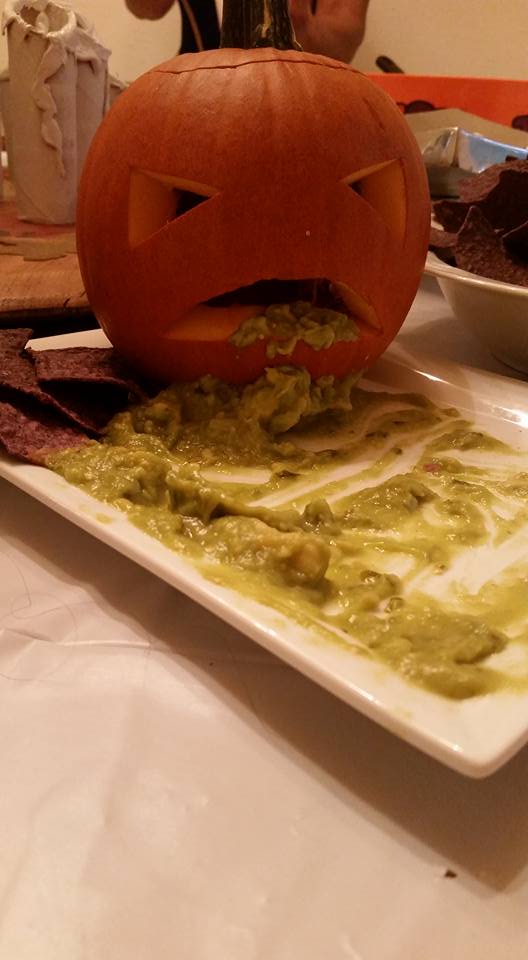 My mom made a pretty darn cute barfing guac pumpkin.

I wish I had pictures of what my hostesses put together, but we ate everything willy nilly without thinking. By we I mean mostly me. I’m a hungry hungry pregnant lady. But here are some pictures from pinterest that are very similar: 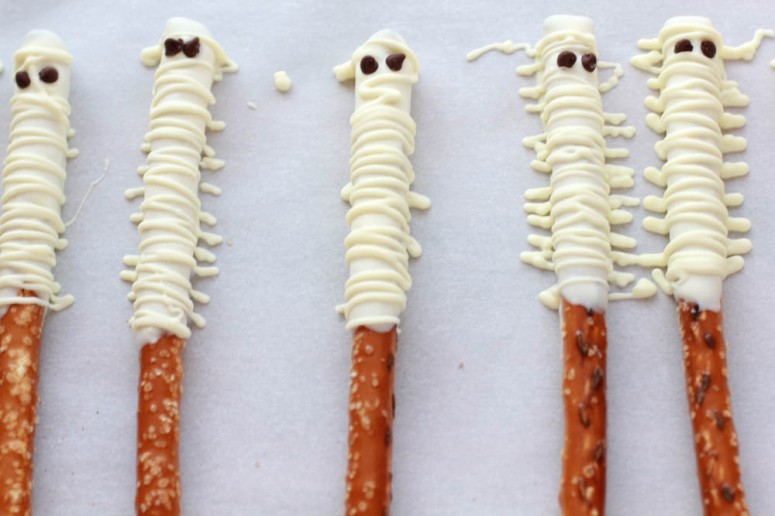 But in big jars, not tiny bags.

My hostesses were also very respectful of my wishes to not play any weird gross baby shower games like putting baby food into diapers or putting adults in diapers or anything like that. BABY SHOWER GAMES ARE SO WEIRD. But we had fun games like guessing how long different animals are pregnant (I got the “human” gestation time wrong…oops.) and what different baby animals are called. We also had a tie breaker game where Red Shirt friend and Witch friend cut string to the size they thought the circumference of my belly was. The rule was to get close without going over but we had to throw that out when they both went over.

It was a lot of fun. I had my belly rubbed a lot and I thought I would hate that, but when it’s friends it’s charming and nice. I never expected to feel that way, but pregnant ladies – don’t knock it till ya try it.

I had a great time. It wasn’t really ever awkward or anything. It was kind of like a regular Halloween party except that everyone gave me presents. So it was better than a Halloween party!

I hope you all have a frightfully good Halloween tonight! Tell me what you’re going as in the comments!