I thought I’d do a quick post to let you all in on what’s going on in my belly.

Baby is currently about the size of an orange. Now that I’m officially in the second trimester, I’m feeling so much better. I mentioned I was on bed rest last week and that was rough. But towards the end there was a magical day that felt like a switch flipped. I went from feeling tired, nauseous, achy, and cranky to feeling better than ever!

So what was up with the bed rest?

Well, I started bleeding. Which is just about the scariest thing that can happen to a pregnant lady. It doesn’t matter how many times doctors say there are actually plenty of benign reasons one can bleed while pregnant, instinctively you know that this is

But it isn’t. In fact if you’re googling right now “bleeding while pregnant” or something, know that you’re fine. Call the doctor, but you’re fine.

This is actually the second time I’ve bled this pregnancy. The first time it happened I was in the bathroom at my parents’ house feeling faint while my mind raced – I’ll just quietly grab my purse and leave. I could text them later to explain. I could be at the ER in ten, maybe five minutes. Luckily my common sense was like “WAITAMINUTE – just call the doctor first.” So I did. I luckily was already scheduled for a sonogram the next day, and the doctor assured me I’d be fine until then.

And I was. That sonogram was actually the first time I got to see the baby move. They bounced their foot, arched their back, and waved their arms in protest at being poked. 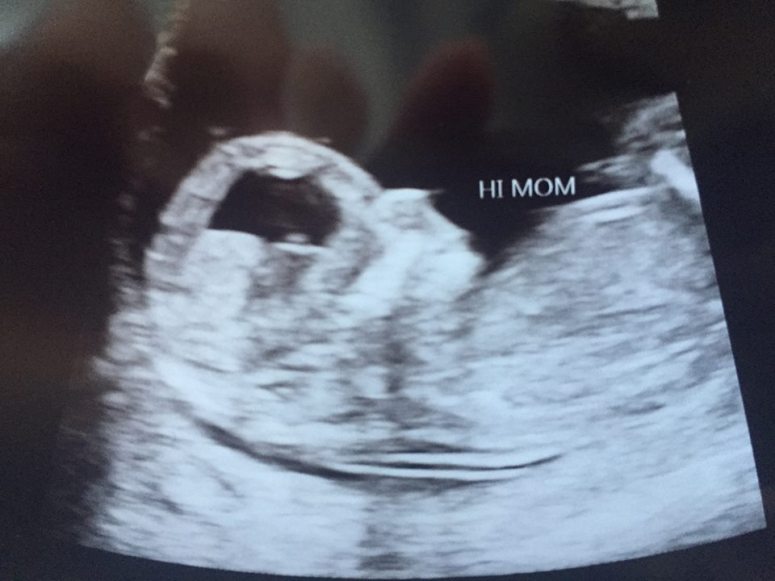 Tangent: the first trimester was really hard for me. I actually lost weight because I was so nauseated that there were days I just couldn’t eat. And I started thinking “wow. This is awful. If I can’t handle this, how will I do labor? Ugh. Yeah. One kid is enough, we don’t need to do this again.” Then when I saw baby arch their little back and stretch I was like

ANYWAY. So the doctor basically said we don’t know why I’m bleeding, which is exactly what no one wants to hear. And he said I’d probably bleed again sometime, and that it was ok, but still call. Like I promise it’s ok but you have to call. Nothing bad will happen but seriously even if it’s the middle of the night call. 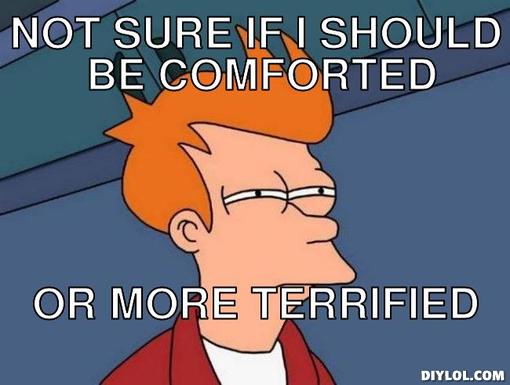 So he said bed rest as long as I’m bleeding (it was just the one day) and to not exercise or have sex for a month or so.

Then two weeks later I bled again. It started so light that when I was completely honest with myself, it could have legitimately been completely in my head. The next day it had gotten heavier and was definitely not made up so I called again. Doctor said to come in the next morning (so obviously it wasn’t like, a real emergency) and I did.

We did another sonogram and the baby was fine, heart ticking away, oblivious to my distress. But the placenta had moved. And actually I’ve had a fair bit more sonograms than the average bear and it was moving a lot. So the doctor said strict bed rest for a week – gotta calm down my hyperactive placenta.

It’s basically in there doing this:

Bed rest ended the day before yesterday and like I said, I’m feeling healthy, cramp-free, nausea-free, bright-eyed, and bushy-tailed.