I’ve written before about how wonderful the husband I captured is.

But I have a bit more to say on the topic. Really he deserves about a billion posts since I’m honestly ruining his life.

Now I know he loves me and doesn’t see me as a burden but I know that endometriosis is hard on him as much as it’s hard on me, just in a different way. He never gets upset when I’m hurting or tired and would rather stay home than go out to dinner. He gets the pain side and doesn’t mind it. But the wild emotional side – yeah. That (rightfully) drives him crazy.

I would say that 90% of my emotions are valid. But I am totally aware of when they’re not. There are some days when I just want to SCREAM, and my husband will set it off no matter how lightly he treads. The problem is that even when I know that I’m not really mad at him for moving the remote from where I last saw it, I still FEEL really angry and it just bursts out because I DON’T KNOW WHAT TO DO WITH IT AND I JUST FEEL LIKE YELLING RIGHT NOW SO I’M GOING TO. 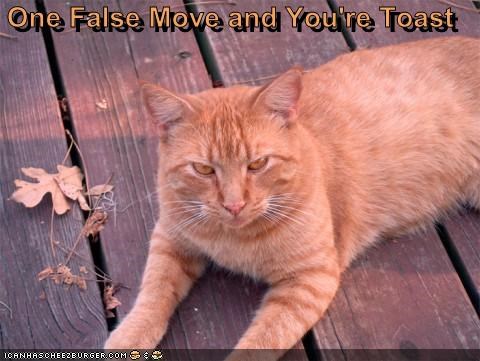 I would say that the lucky flipside is that I also get really happy sometimes, but I know I’m just as bat sh*t insane then too.

And the hyper happy usually ends with me watching videos of funny babies and crying.

I know it’s obnoxious. But, like Jim from the Office, my husband is just as sweet and just as understanding. Here’s some real life quotes from my actual real life:

“Why? You know it’s going to turn out alright.”

“But John is sad! And he won’t stop being sad until the next season!”

After getting a cat down from a tree

“Yes, I saw him smile before he ran off.”

After looking up hernias online

“THEY STICK OUT OF YOU! I CAN’T DEAL WITH THIS!!!” *hysterical weeping*

“Sweetie, there’s nothing sticking out of you. The doctor said it’s all healed. Put the computer away.”

He’s endlessly sweet, really he is. He’ll only ever admit to being disappointed after a lot of coaxing, and he’s always sure to define his disappointment as being sad that I don’t feel well, rather than being disappointed in me. I just can’t help wanting better for him. He’s my favorite person. And I want him to have a wife that doesn’t get worn out by little things and who isn’t hysterically emotional and who doesn’t have any issues with sex and hormones and therefore doesn’t have to submit him to conversations about lady parts. All chronic pain is hard but endometriosis is frankly awkward.

When I was diagnosed, my first thought was that my then finance should probably not marry me. I had no experience with the illness and really didn’t know much about it, but I felt broken and like a hassle. Little did I know the emotional and physical issues that came with it. I had felt pain, I had been told it was incurable, and I had some new pills to take. I wasn’t thinking about how it was going to affect sex. I wasn’t thinking that it might compromise our ability to have kids one day. I wasn’t thinking about how it might even take over my deepest emotions. But I sensed that it should be a deal-breaker. My husband and I have a long history and I knew he wouldn’t really leave me. I know we’re connected so deeply, and that as cheesy as it sounds, we really are going to be together forever. But I see that as an act of grace. I know most men would leave, and how could I blame them?

But let me be clear – I am not saying those men who leave women because of endo are off the hook. If you’re married, that’s in sickness and health. You stay. You man up. And if you’re engaged, you DID ask her to marry you, that’s sickness and health too. But in a dating kind of situation, I do feel like it’s one of those things that you have to say look, this is how it is. I’m sick forever, so if you’re not in for the long haul then I don’t want to play games. It’s akin to a guy saying look, I lost my leg. It’s not coming back. Or look, I have a split personality and that’s just part of the deal. In a recent twitter chat I said that invisible illness really does make dating harder but that I think it’s a good thing – hopefully it’ll weed out anyone who’s not worth your time.

My husband’s in it for the long haul. We’ve been married for three years, and yes, he’s carried me a lot of the way. I’m so grateful. And I can’t help but feel like maybe I am ruining his life. But if he wants to stay, I want to make it worth his while. Right now we’re looking for a house. I can’t wait to make a home for him. This past week or so I’ve been putting in a lot of late nights at work and making myself sick, but I keep my chin up because I can work for now, and I want to help provide for us. I can’t wait to have kids and plan special surprises for Daddy. I love cooking for him, I love talking to him, I love playing with him and traveling with him and kissing his face. I think he’s happy. I want to keep him that way.

I’ll end with a quote from a dear friend who spoke at our wedding: “For if you can carry each other through the bad times, in the good times….you will dance.”