As I’ve been mentioning, things are not well in Rachel-land. While I love my new job and my new life in Dallas, the many changes have wreaked havoc on me health wise. I’ve been hurting, popping pills, and getting angsty as the word “surgery” enters my mind. While I have written in the midst of pain before, I thought it would be interesting to try something new today – instead of writing about my fears and pain in the moment, perhaps I should write about another time I was miserable. I can still be as negative as I want, but also take my mind off my current state.

I have briefly mentioned the time I had a CT scan – noting that it was a “5 act Shakespearian tragedy that is a whole nother post.” Time to deliver on that promise.

SETTING: A little less than a year ago, when I was under the care of the bad doctor, Dr. Rogoff. I didn’t know he was a bad doctor yet, and I had high hopes as I underwent a few tests. I had a relatively early appointment and had planned to go back to work, but I severely underestimated the regimen of tests I was to undergo…

I walked into a small clinic across the street from the hospital where Dr. Rogoff had examined me. It was warm and inviting. They had hot tea….soda….cookies! But I was not to have a crumb of it. Not one sip even! No, they had something special for me….

I had to drink two of these?! Well, I braced myself. Sure, I have a history of complete meltdowns from trying to tolerate liquid medicine, but I told myself it probably tasted nice and I knew I could do it.

ACT II: The Drink of Despair

Remember that scene from Harry Potter and the Half-Blood Prince where Harry has to make Dumbledore drink the torture potion?

That’s exactly what the next hours were like – yes, hours. Of course, if I took too long it wouldn’t stay in my system properly, so my husband and every nurse in the place urged me to drink on. My husband offered me the moon and more. He said if I downed it in the next ten minutes, he’d buy me a very expensive vinylmation I’d been dreaming of – that is a $200 toy that sits on a shelf, you guys. My mom eventually had to come down. She had a box of junior mints that would be alllll mine as soon as I finished that evil potion.

Let’s skip ahead and just say that I did not end up drinking two full drinks. The nurses began to think I might throw up, which would REALLY throw a wrench in things. So we left well enough alone.

ACT III: The Garments of the Sufferer

They led me inside to a little changing room where I was to take off all my clothes and don scrubs. Of course, I left on my purple knee socks. Those socks have been on my feet through every surgery. Looking at them has been my only comfort whenever the hospital takes me away, and strips me of all I am – but I may always keep my socks.

This was of little comfort, though. I dug through the nice drawer of scrubs in there, and while I found a nice medium shirt that fit well, they only seemed to have XXXXXXXXL pants. So I pulled them on, tied them and tight as I could, and looked like a sad, lost little idiot.

I got to bring my husband into the room with me. I did not yet know what a blessing this was. A nurse came in and asked me to sign for permission to use contrast. I was shaking like a leaf, because I was nervous and a little cold, and these two things let to a cycle of uncontrollable shivering. I stuttered out “What? What…..?” and he explained that it’s a dye that shows up on the scan. I thought he was just asking my permission, some legal nonsense. I was thinking the contrast was the stuff I’d drank, and hell yes they better use it!

If you read this blog, you know that I have a bit of a problem with needles. It doesn’t seem to matter how often I get stuck – it always scares me, and often reduces me to a puddle of tears. Turns out that contrast comes in a needle. A needle that needs to stay in you. I was shivering more and more uncontrollably as I realized what was happening. They rubber-banded my arm, and prepped the area for injection. My husband stroked my hair and cooed to me like I was a little baby. They got the needle in, and that’s when it was all over because APPARENTLY contrast is about the consistency of cement. At least, that’s what it felt like. It felt like cement made of fire. But pain aside, I was hyper aware of things going under my skin, and that’s what triggers a panic attack.

My husband tried hard to keep me calm, but I was just sobbing uncontrollably. Eventually the nurse had to leave because I had made her cry. So an older male nurse came in. He slipped some fabric under the band to help it pinch less. He avoided eye contact, but he did quietly say “I’m sorry sweetie…” before he started up the machine. I was a lost cause already, so I just kept sobbing freely. I think my husband may have even tried to sing to me at some point. But all I remember is panicked, painful sobbing.

Once it was all over, the nurse gingerly removed the IV, bandaged the pin prick, and even iced the area a little. When I got up, I was weak from panicking, and the cold floor kept the shivers going. My husband all but carried me back to the changing room. I wanted to curl up on the floor and cry, but that evil drink was very suddenly ready to make a quick exit from my body, so I wobbily ran to  the bathroom like an injured antelope.

While I was inside wondering if death was coming, a grumpy old man impatiently knocked at the door and exclaimed “What’s taking her so long?!” My husband chased him off. Jerk.

Once all was said and done, I took a few tea bags and a couple of cookies on my way out. I remember eating them viciously because I didn’t really want them, but I’d really earned them. 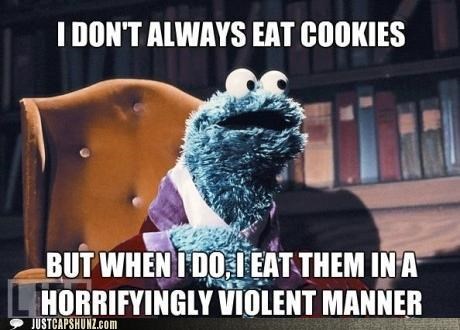 Of course everything came back normal. And of course it cost HUNDREDS of dollars (but, again, that’s another post).

But what really got me was later reading somewhere that one CT scan increases your risk of cancer by 40% or something. That’s just GREAT.

29 thoughts on “CT Scan: A Tragedy in Five Acts”